THE USES OF ADVERSITY 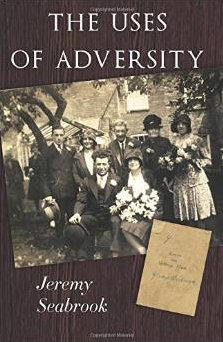 This is the story of my mother, who, in 1939, discovered her husband was suffering from tertiary syphilis – an affliction which could be cured then only by long years of treatment. The horror with which syphilis was surrounded was similar to that provoked by HIV/AIDS in the 1980s. My mother was childless at this time. Instead of being destroyed by this news, she resolved to have children anyway with a man she would choose. Her decision resulted in the birth of twins – my brother, who died ten years ago, and myself. This book is about the courage of a determined woman, and the consequences, for her and her children, of her will to survive.

THE SONG OF THE SHIRT 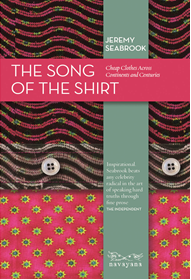 Following the disaster in the garment factories of Rana Plaza in Dhaka in April 2013, my book examines the history of the destruction by the British of the textile industry in Bengal, the rise of Lancashire, and the subsequent de-industrialisation in Britain and the re-establishment of a garments industry in Bangladesh.

‘The sweat and blood of Bangladeshi garment workers is woven into the very fabric of our daily lives. Seabrook, as he always has, delivers a brilliantly written jeremiad with an urgent moral message.’

‘At once illuminating, deeply absorbing, and sobering, this is an ode to the ‘rags of humanity’—the labourers, young and old—who sometimes perish in order to create our fashionably casual clothes. It’s written by one who’s long been intimate with this part of the world and its anonymous dwellers, and who has responded always with passion and eloquence.’

Amit Chaudhuri, author of Calcutta: Two Years in the City

This book looks at the historic roots of attitudes towards the poor, and seeks to explain contemporary responses to poverty. It looks at the development of the Poor Law from the sixteenth century to the ‘reforms’ of 1834, which illuminates present-day reactions to the poor, both popular and official. It draws on legislation, commentators, writers, observers, philanthropists and politicians of each period. It shows how much of our current debate is like listening to voices from beyond the grave, since no remedy for poverty proposed by recent governments has not already been tested and tried (and usually failed) in the past, even the distant past.

THE REFUGE AND THE FORTRESS 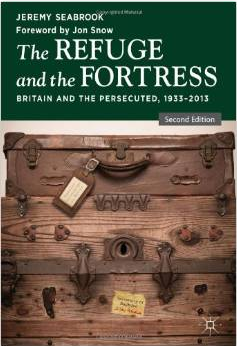 Launched in June 2013 at the House of Lords, at a reception for the Council for Assistance to Refugee Academics [CARA], who commissioned the book]. The stories of academic refugees have been updated, and there is also an account of the far-reaching influence of those who arrived in England as refugees from Nazi Germany.

Long-listed for the Orwell Prize 2009